The Family of Bendon Park, Australia

featured by Bees4life on tour 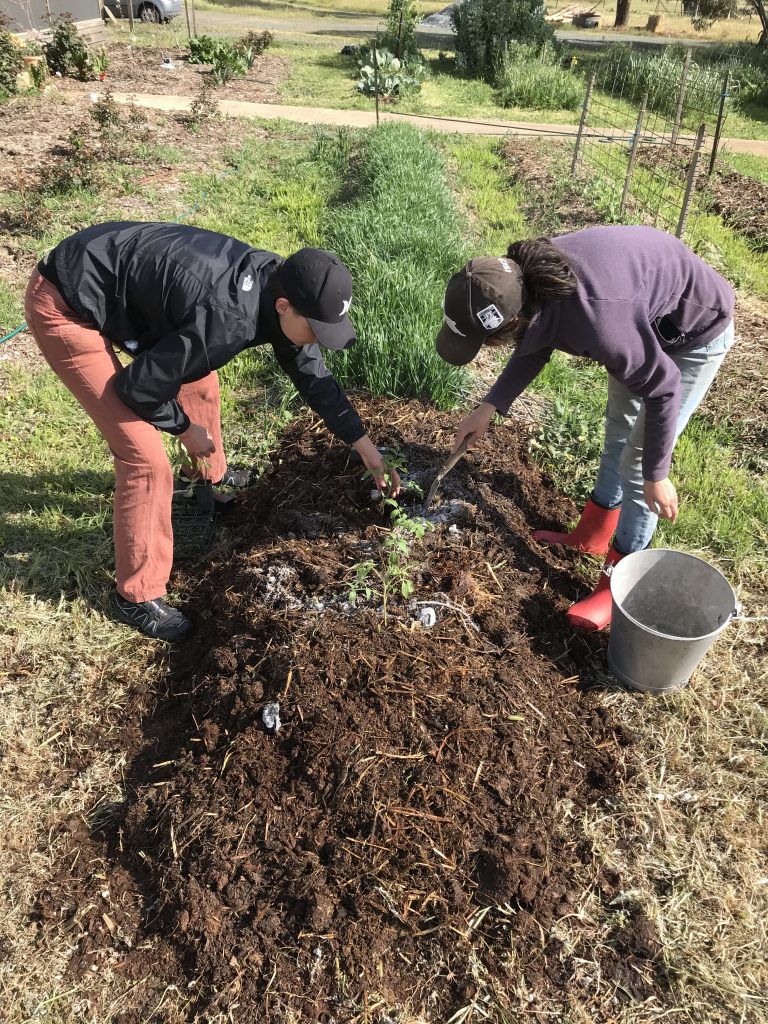 “Things don’t have to make sense.”
The story of a family who wants to give back

My husband’s been wanting a farm for thirty years. A piece of land he could call his own, where he could plant some trees and “give back to the land”. Over those years he has accumulated hundreds of books on regeneration, sustainable farming, permaculture, growing olives, living off the grid, you name it. His dream did not seem feasible with work in Melbourne, a full life’s schedule and daughter at school, it just kept morphing into various forms, to be honest it felt like a nice dream but a lot of hard work and RISK!
Five years after he retired things came together. He got an inheritance from his mother’s house. We sold our small investment unit, my daughter came back from Sydney and started to look with us……Her enthusiasm was infectious and we became focused as a family. After investigating many possibilities we bought what used to be an rundown pig farm, two hours drive from Melbourne with two houses (one needing repair) on 280 acres (113 hectare) of flat dry land, containing a 40 acres of grey box on degraded land, several pig sheds in varying states of disrepair, 4 pig skeletons, fence wire, car parts, and all sorts of things to clean up in the paddocks including a thorny noxious weed called Bathurst bur.
Having land for Planting trees and vegies wasn’t enough. We had to be organic and fossil fuel free. In order to be fossil fuel free we needed horses to pull machinery. Heavy horses like Clydesdales or Percherons. Online we found a herd of nine horses that was advertised as having some Percheron blood, being sold at a price we could afford.
We spent the first year cleaning up rubbish, hand hoeing and slashing Bathurst bur (we gave in and bought the tractor), and running frantically back and forth from Melbourne, trying to get the water pump working so that the horses had water to drink. If we hadn’t bought the horses it wouldn’t have been so desperate. But, I can only attempt to describe the love and healing that they’ve brought with them.

We haven’t broken the horses in but we decided we’d use the horse poo to create veggie beds and these produce fairly abundantly. Since our own supplies were we eventually found a horse and chook breeder 20 minutes away with a huge pile of horse poo that he wanted to get rid of. Nowadays we drive over and pick up a ute load, give him and his lovely wife a few zucchinis and they generously gift us some eggs from their varieties of chook breeds. We are now building a chicken coop and can’t wait to get our own chooks. They are a permaculture must!
Last June the local Catchment management Authority helped us plant over 4,000 thousand trees and shrubs on 40 acres of land that we set aside for regeneration. We will have to look after the plants but didn’t have to pay for them. This adjoins the land with the grey box which is also being regenerated with other native species, creating an 80 acre (32 hectare) wildlife corridor. In years to come we hope to watch native animals, insects and plant species which have been long absent return to that land as it forms part of a wildlife corridor. Having more trees will hopefully also help trap water and affect the microclimate.

There’s beauty in being connected to the seasons, both the pleasantness and harshness of it. On the land we are finding that one thing connects to another. The wire from broken fences is being used to make tree guards, wood and a discarded metal frame have made an excellent outdoor coffee table. We discovered rabbits enjoy our pea seedlings and cabbages, at the same time as the grey boxes needed to be thinned, so the saplings are being used as fence posts, as well as chicken coop posts. Each thing means more work and with only the three of us and some occasional help from friends it wasn’t enough…. This year we joined the WWOOF(Worldwide Opportunities on Organic Farms) community as hosts and have been helped enormously by volunteer WWOOFERS from around the world.

How to keep wild bees in your farm or garden

In the grey box forest we have wild bee hives. One of the problems for wild bees in farming areas is that they don’t get food all year round. So we have planted flowering species and fruit trees that will hopefully help to fill the gap. Around the house they also love the vegie flowers and herbs. When I have built some confidence around bees I hope to be the beekeeper in the family, by catching them when they swarm. 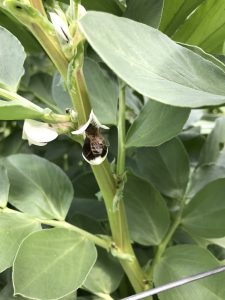 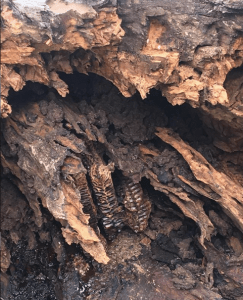 A wild bee hive on the land of Bendon Park

My husband had a dream to plant trees and live a conscious, sustainable lifestyle. Following that dream brought our family focus together. A focused family is a powerful force. We plan and solve problems together. We argue, get frustrated and accuse each other of not listening but it’s a good lesson in negotiation and teamwork. Finally, we share a vision; to bring out the beauty and abundance from what was once unloved land, to live from the land and give back to nature. 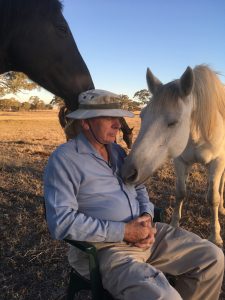 Meditating with the horses

Produce grown by the family of Bendon Park