Everything you should know about propolis 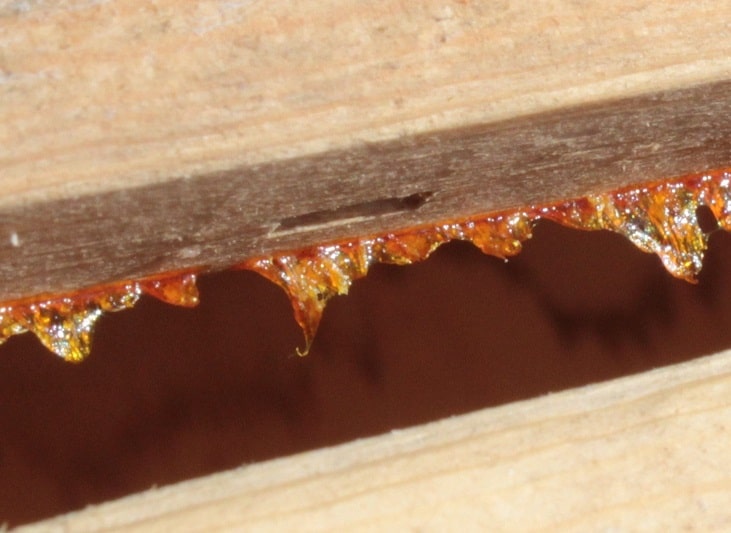 Besides Honey, bees also produce another specialty that is used a lot in alternative medicine, Propolis.
The word derives from Greek and means: ‘defender of the city’. The word “city” represents the bee hive and the magnificent defensive virtues of propolis show why this name is more than justified.
It is also said to be the “immune system of bees“:
Since bees do not have an immune system like we have, they produce this kind of “bee glue” to keep the hive clean!

Propolis is a thick, sticky substance that is formed by bees after the collection of resin from trees.

Bees mix it with saliva and bee wax and form a kind of glue that serves primarily to fill any gaps of the hive and coat the hive from inside.

As the substance gets very sticky and hard when it is a bit cooler, it can become tougher to open and close the beekeepers hive frames.

This glue is used by bees as a natural antibiotic1Terry Lemerond: Propolis – The Natural Antibiotic (2016) https://m.youtube.com/watch?v=HqXBuPO_YII and protects the hive from any kind of bacteria. Bees produce it also to avoid the spreading of bacteria and fungi.

For example, it might be used when a larvae predator (like a mouse for instance) enters the hive.

Imagine a hungry mouse stepping into a bee hive in search for delicious unborn worker bees full of proteins.

How would bees think about that? Of course, by defending their offspring!

Imagine hundreds of bees using stinging the mouse to death. But, what now?

Now they have a heavy mouse cadaver inside the hive!

Bees have the solution. They just cover the mouse with… propolis. They balm the mouse like ancient Egyptians would do with their mummies! In this way, they can protect the hive from dangerous bacteria of the dead body. 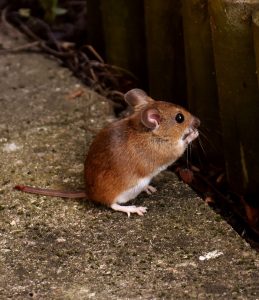 To explain the power of propolis, let's imagine a mouse trying to steal the larvae of a bee hive..

Bees also use the sticky glue to improve the structural stability of the hive and to seal its entrances. Propolis helps defending the hive against the growth of bacteria and fungi, but serves to seal little cracks as well2https://www.keepingbackyardbees.com/propolis-hive/.

It also prevents any other parasites and diseases to come into the bee hive and stops them from spreading.

Propolis and health properties for humans

Propolis is used in the health industry as it believed to have many benefits for our bodies.

The substance, also known as “Russian penicillin”, is said to be one of the most effective antibiotics ever discovered by human kind. It has been used for centuries by many cultures for its antiseptic, antimicrobial and detoxifying properties3https://econation.co.nz/blog/the-benefits-of-honeybees/&lt.

We can use it to heal or prevent:

How do beekeepers collect and preserve propolis?

As described above bees spread propolis in the whole hive, at the entrance and between frames.

As it has many great benefits for humans as well it is interesting to know what we can gather propolis and use it for ourselves.

If you are a beekeeper yourself you should know that bees collect propolis mainly in spring and autumn, so it should best be collected during these periods.

To collect propolis many beekeepers use a thick plastic foil and cover the brood and the edges of the honeycomb frames5https://www.bees-products.com/?p=propolis.

The collected propolis is often solved and sold in alcohol but it can also be used in solid state.

To preserve the alcohol, it can be put in a glass bottle or jar until it is about half full, then you can fill up the vessel with 96% alcohol.

Once this is done the glass needs to be shaken and then left for a couple of days or weeks. After shaking it again you can filter the content of the bottle to remove the waste.

This purified solution can then be used.