The Asian hornet, a new predator in Europe 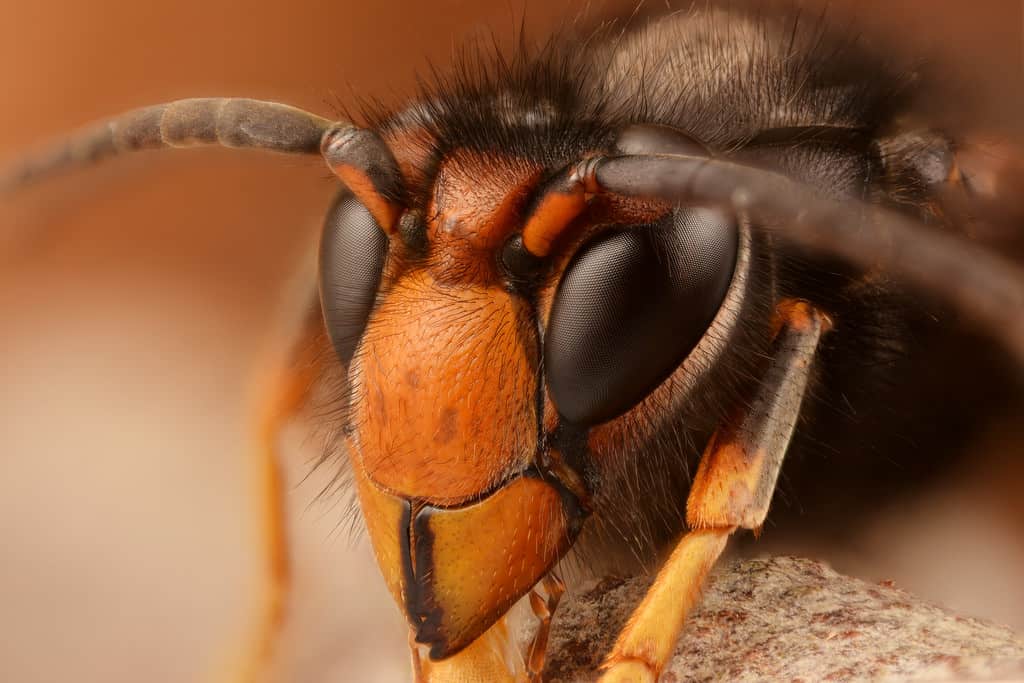 As much as humans are bad for the health of bees, we are not their only enemy.

The most recent example of a new threat to honey bee from the animal world is from 2004:

The Asian hornet(Vespa velutina) appeared for the first time in France (Lot-et-Garonne district). Since then it has spread in 4 years across 20 districts, over approximately 120,000 km. (Vespa velutina)4https://www.researchgate.net/publication/224842243_A_New_Enemy_of_Honeybees_in_Europe_the_Asian_Hornet_Vespa_velutina.

Originally from Taiwan and India, this species demonstrated its perfect adaptation to the brand new European environment. A rapid growth of colonies proved as indicator for the adaption skill.

At the moment, there are three hornet species in Europe:

The three species are morphologically distinct in color and size. Yet, all of them are strongly attracted to honey bees as a prey. However, the Asian hornet is much more aggressive than her European sisters.

Here is an example to comprehend the atrocity of such a hornet attack:

When they attack, an individual hornet can kill forty European honey bees per minute. A group of 30 hornets can hunt down an entire hive containing 30,000 bees in less than four hours5https://en.wikipedia.org/wiki/Japanese_giant_hornet.

After the honey bee mass, the hornets return to their nest with the bee thoraxes and bee larvae to feed to their larvae. They leave bee heads and limbs behind, which remain as proves of the massacre.

Why do hornets attack bees?

Hornets attack honey bee colonies to feed their brood with proteins (bee larvae) and to get carbohydrates (honey). Asian honey bees defend their colonies and form a ball of worker bees around the intruder and kill it by heatstroke. To see how they do it, check this impressive video by National Geographic.

How to stop the Asian hornet?

The eradication of the Asian hornet seems no longer possible. Researchers expect a further expansion into other countries in Europe soon, if governments don’t conduct rapid and efficient control management.

To avoid further expansion of the Asian hornet, we have to act on a European and global level.

Here are the approaches:

Cause #6: Climate change
We use cookies on our website to give you the most relevant experience by remembering your preferences and repeat visits. By clicking “Accept All”, you consent to the use of ALL the cookies. However, you may visit "Cookie Settings" to provide a controlled consent.
Cookie SettingsAccept All
Manage consent