What do bees really love about hemp?

After the legalization of Hemp in the US after the 2018 Farm Bill, it is important for us to understand how the cultivation of the hemp plant can affect bees. So far, research done shows the relationship between bees and hemp is nothing less than a beautiful love story.

One study cites: “Being wind pollinated, hemp plants produce no nectar but large amounts of pollen that are attractive to bees. This time period coincides with a dearth of pollinator-friendly crop plants in the region, making hemp flowers a potentially valuable source of pollen for foraging bees.”

Another study, published in the Environmental Entomology journal, determined a solid correlation between higher hemp plants and the abundance and diversity of bees visiting them. Plants at least two meters tall drawn almost 17 times the number of bees than their shorter counterparts. From the northeastern United States alone, hemp might provide a food source for 16 distinct selections of bee species!

“As cultivation of hemp increases, growers, land managers, and policymakers should consider its value in supporting bee communities and take its attractiveness to bees into account when developing pest management strategies,” state the study’s authors.

Hemp may be able to help the struggling Honeybee population

The rapid decline of insects all over the world urges researchers and beekeepers to look for solutions. By reengineering our existing environment into one which is healthier for pollinators, we are able to change the honey bee narrative.

Hemp might give us important answers. However, in order to seize that opportunity, we must consider how and what kinds of hemp we’re growing as the money pours into our post-Farm Bill world.

The introduction of more pollinating crops in a continent where the majority of the acreage is devoted to non-pollen producing mono-crops included in bee-harming insecticides is crucial to the survival of both bees as well as the habitats they inhabit. Giving such significance the urgency into the word “Plant Hemp Trees & Save Bees!”

Fortunately, the Farm Bill of 2018 hailed the cultivation of hemp in the United States. Hemp acreage inside America moved from 80,000 acres in 2018 using projections of up to as much as 741,000 acres by the end of 2020. Reports also predicted by 20 23 that number will probably rise to 2.3 million acres under cultivation, together with permits pending approval for increasingly more…helping to make the US very hempy.

Hemp is a Honeybee life-savior

Hemp has got the power to extend an essential nutrient resource to your diverse population of bees. Especially during a period of iodine lack. That is a result of its temporally special flowering phenology and may therefore assist maintain agroecosystem-wide pollination services like different plants inside our own landscape.
As hemp manufacturing grows across the planet, farmers, agribusinesses, and policymakers should just get hemp’s beauty to bees and its own particular function in encouraging bee inhabitants into consideration, when designing pest control plans.

Global warming has a fatal effect on insect populations and diversity. Bees, in particular, are incredibly prone to certain germs and gut ailments, and such parasites are steadily rising due to warming climate conditions. Higher temperatures and more frequent heatwaves as a consequence of climate change, tend to exacerbate such issues later on, which might cause Colony Collapse and wipe out complete chills. 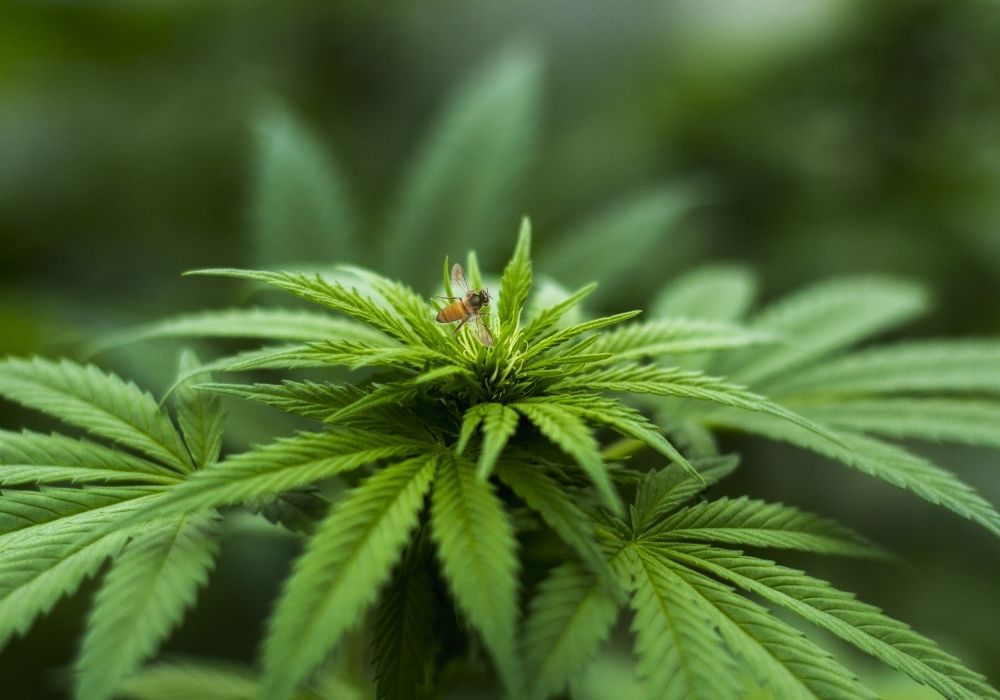 Bumblebees, being one of the most significant pollinators, have been in trouble. Moreover, several once-common species have vanished from many areas that they were found, becoming locally extinct in those regions. By way of instance, the rusty patched bumble-bee, which used to flourish at Ontario, is no more within most Canada–from the U.S., it has put at risk.
It’s been known that bumblebees are more suited to cold weather, with their celestial bodies and capacity to generate heat when flying, which often allows them to be the first bees out in the spring. How exposed they are to heat waves and weather fluctuations still isn’t clear for some species, even though this study suggests there exists a limit for their adaptability.
Studies have shown that hemp has the ability to reduce Global Warming. Hemp cultivation can minimize carbon footprints which is one of the main reasons of Global Warming.
Hemp is super simple to farm too–it takes very little water, may grow in just about any climate, also so is basically pest-resistant. Additionally, it is fantastic for the weather since it consumes more carbon than any other harvest, in addition to prevents carbon out of the air and sequesters it from the ground. Hemp is just actually really a planet savior and it can rescue bees also from happening because of Global Warming.

About the author: Abhishek Kishore has over 17 years of experience in the area of social development and sustainability. He has extensively worked for sustainable community development. Mr. Abhishek is also advising various organizations and corporates on sustainable development and helping them align towards UN SDG.