What is Manuka Honey?

Learn more about the wonder honey from New Zealand and Australia 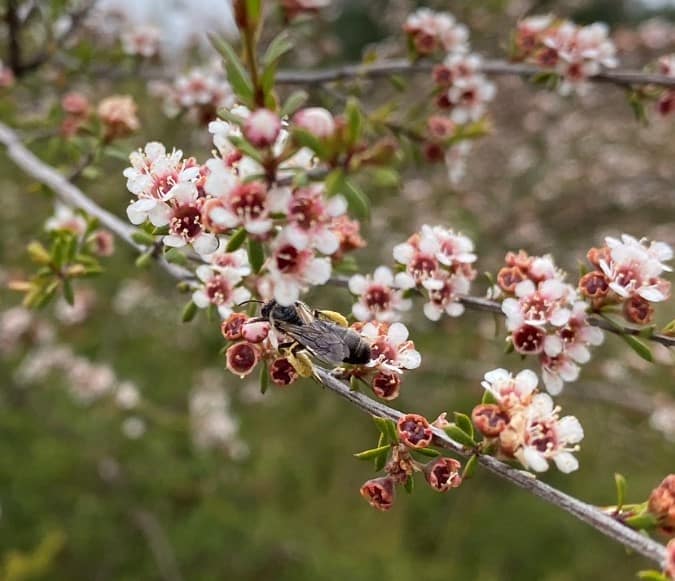 A bee on a manuka branch.

The original material of manuka honey is the nectar of the Manuka trees. Those trees grow in New Zealand and South Eastern Australia. Honey bees collect this nectar and produce one of the world’s most known honeys.

The colour of the honey is dark cream to dark brown. It has a strong flavour and people define it as “earthy, oily, herbaceous” and “florid, rich and complex“.

Health benefits of honey in general

Since ancient times, people have been using honey to treat multiple conditions due to its natural antibacterial qualities.
The liquid gold protects against damage caused by bacteria.

Some honeys also boost production of special cells that can repair tissue damaged by infection. Moreover, honey has an anti-inflammatory action that can quickly ease pain and inflammation.
But not all honey is the same. The antibacterial quality depends on the type of honey as well as when and how people harvest it. Some kinds may be 100 times more powerful than others.

If you want to learn more about honey and general healing properties of honey, read our article Health Benefits of Honey

In 1991, a New Zealand study had astonishing results: When scientists removed the hydrogen peroxide from a range of honeys, Manuka was the only type that kept its ability to kill bacteria.
Why did scientists remove hydrogen peroxide? Well, this chemical compound gives most honeys its antibiotic quality. Yet, some types, including Manuka, have additional ingredients with antibacterial qualities.
Most importantly, the major antibacterial honey component is methylglyoxal (MG). MG is a compound found in most types of honey, but usually only in small quantities. Manuka, on the other hand, features larger amounts of MG compared to other honey types.

As a general rule we can say: The higher the concentration of MG, the stronger the antibiotic effect.

In Manuka MG comes from the conversion of another compound, dihydroxyacetone. Can guess where this compound comes from?

Right, the nectar of manuka flowers has high concentrations of dihydroxyacetone, responsible for the abundance of MG.

How does the Manuka Honey rating work?

Honey producers have a scale for rating the potency of manuka honey. The rating is called UMF, which stands for Unique Manuka Factor. 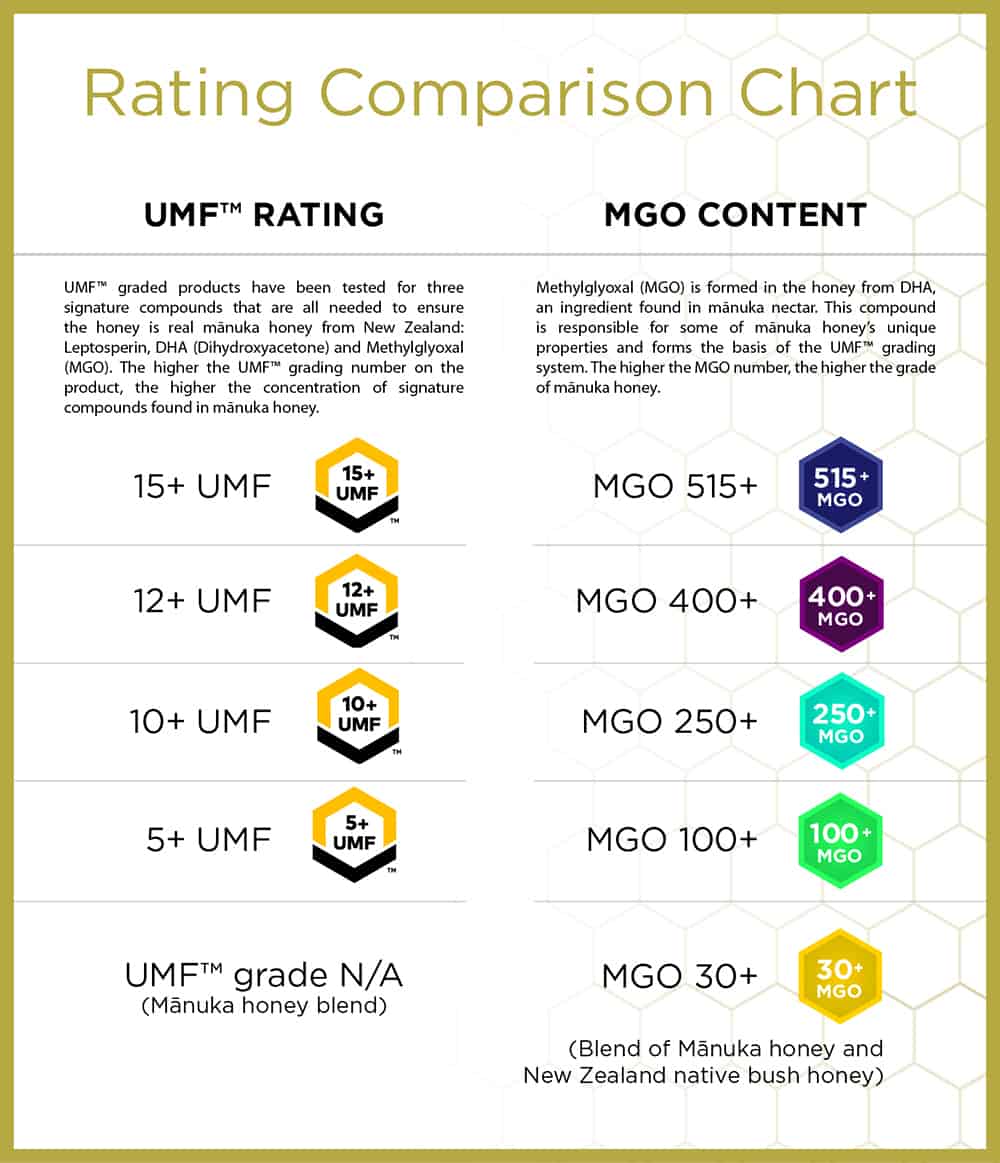 The UMF rating reflects the concentration of MG. To be considered potent enough to be therapeutic, it needs a minimum rating of 10 UMF. Honey at or above that level is marketed as “UMF Manuka Honey” or “Active Manuka Honey.”

As the antibiotics resistance crisis continues, researchers are looking for replacements that can help to prevent in infection.
One solution to antibiotic resistance could be Manuka honey.
A new study from 2019 highlighted the potential benefits of infusing medical implants with honey.
The study showed that layering minute amounts of the special honey from New Zealand between layers of surgical mesh acts as a natural antibiotic that could prevent infection following an operation.

Meshes have the function to help promote soft tissue healing inside the body following surgery and are common in operations.

However, these meshes carry with them an increased risk of infection. As the bacteria are able to get a hold inside the body, they form a biofilm on the surface of the mesh.
Skin and soft tissue infections are the most common bacterial infections, accounting for around 10% of hospital admissions. A significant proportion of these are secondary infections following surgery.

Currently, any infection is treated with antibiotics. However, the emergence of antibiotic resistant means scientists are on the hunt for alternatives.
Dr Piergiorgio Gentile, lead author and a Biomedical Engineer at Newcastle University, said:
“By sandwiching the honey in a multilayer coating on the mesh surface and slowly releasing it, the aim is to inhibit the growth of the bacteria and stop the infection before it even starts.

These results are really very exciting. Honey has been used to treat infected wounds for thousands of years, but this is the first time it has been shown to be effective at fighting infection in cells from inside the body.” 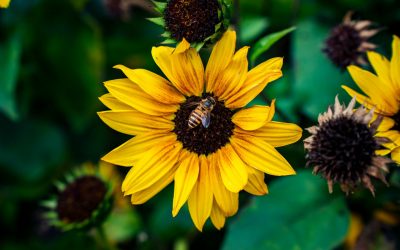 How to attract bees to your garden

How To Attract Bees To Your Garden Bees are one of our most important pollinators, contributing to about one-third of the food we eat worldwide1. Unfortunately, these vital pollinators are in decline. You can read more about the reasons of pollinator decline here.... 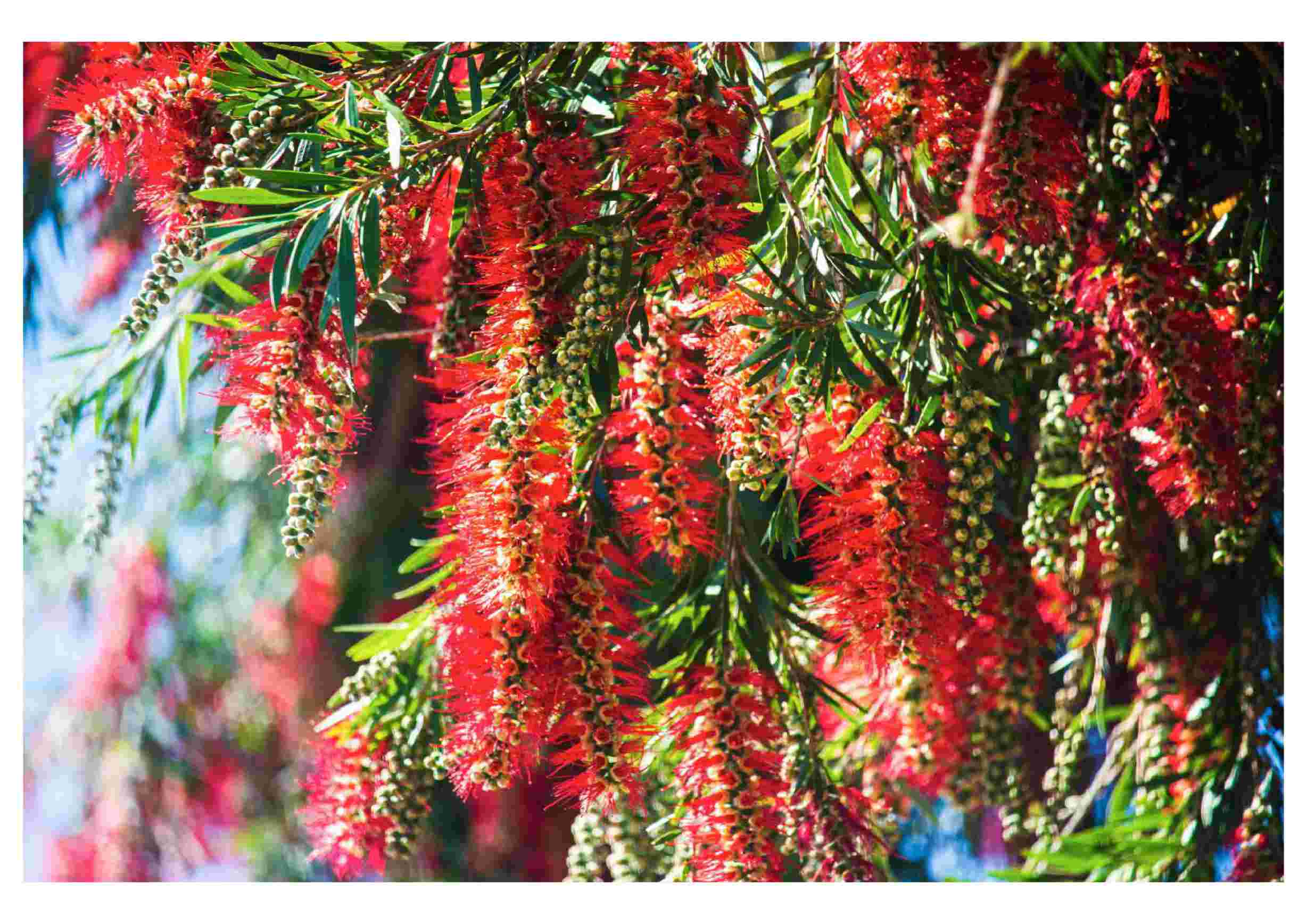 Best Plants for Bees and Butterflies in Florida

Best Plants for Bees and Butterflies in Florida Summer is approaching and if you are a garden freak then you must be thinking about potential additions to your lawn. Specifically, this time of year is perfect for giving a try to new blooms and while you are at it, you... 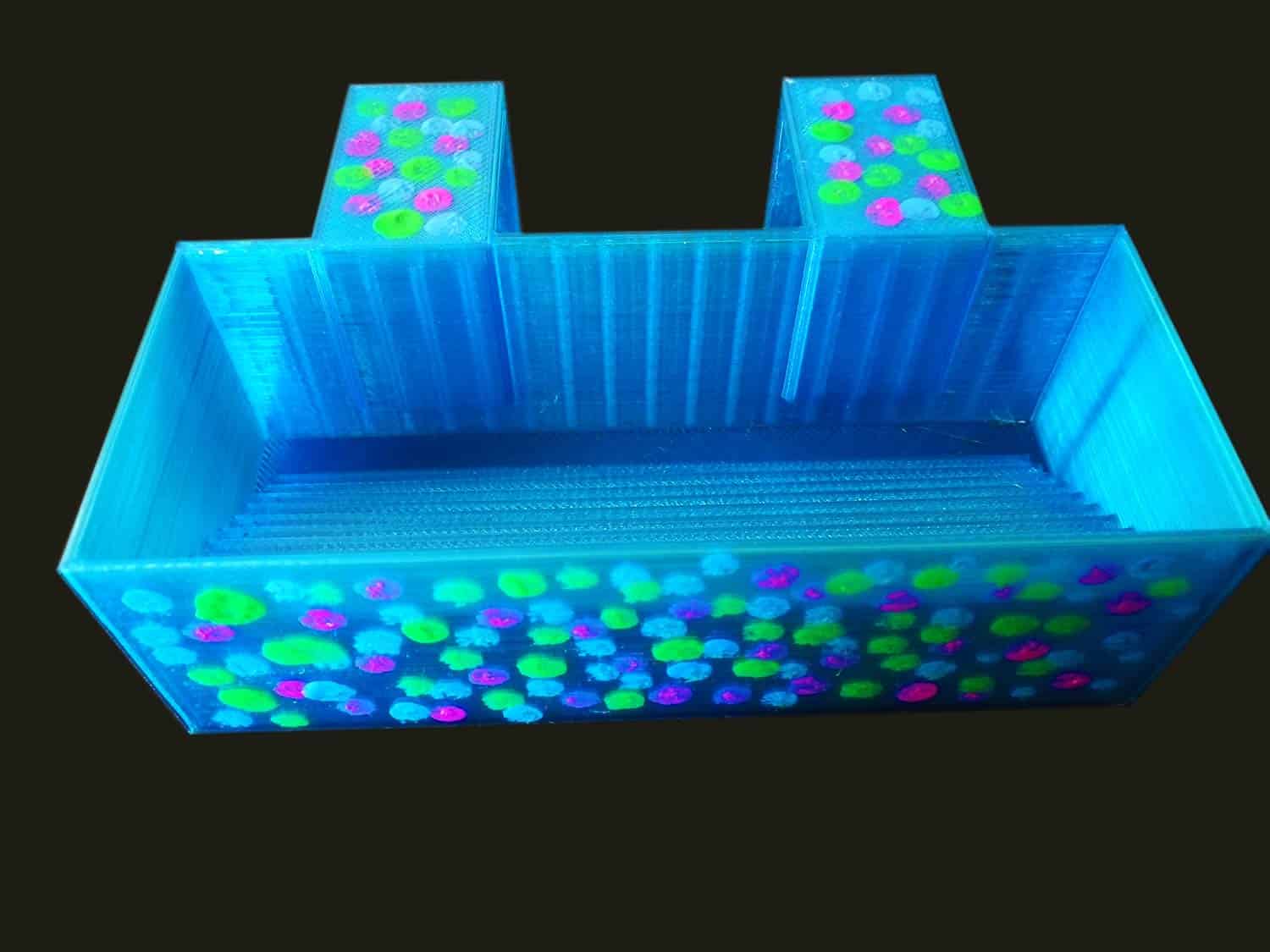